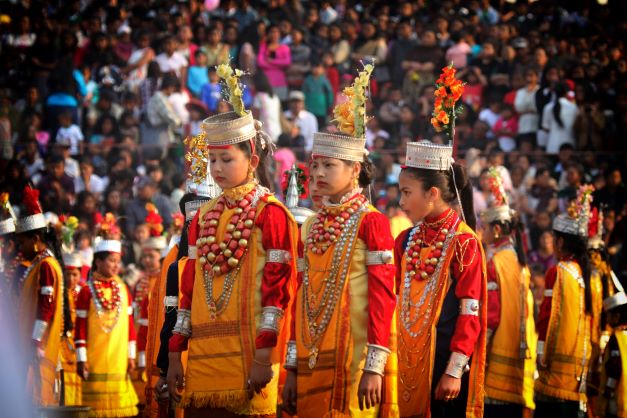 Meghalaya, also known as the Abode of Clouds, is known for its abundant biodiversity areas, famed monsoons, and the dramatic terrain but Meghalaya also has a rich cultural and natural heritage, and many festivals are celebrated all around the year to commemorate the same.

This makes Meghalaya the perfect destination for avid travelers around the globe who can immerse themselves in the vivid cultural heritage of the state. These festivals form an integral part of showcasing the cultural wealth of the State and unlocking its potential through tourism.

The most prominent festivals are the Cherry Blossom festival and the Me. Gong Festival. It is a 10-day celebration comprising a series of events including music and literature festivals. The Me.Gong festival is celebrated during the first week of December in the Garo Hills. This celebration is given the name Me.gong after a flower that grows plentifully in the Garo Hills. The event showcases the traditions and cultures of the people through games, shows and performances. The three-day festival also showcases beverages from all over the area.